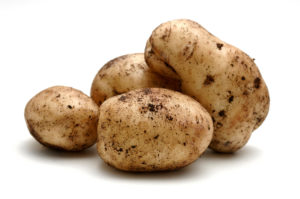 NPR has a long story that reminded me of the "hot potato doctrine."  In case you don't remember, this is the doctrine that says that it is misconduct to dump a current client ("like a hot potato") in order to "convert" that client into a former client to clear the way to accept the representation of a new client with an interest adverse to that of the (now) former client.

The story in a nutshell is that a big law firm had been representing, pro-bono, a non-profit organization for several months.  At one point during that representation, the non-profit sought help from the firm because a government agency was trying to eliminate its only source of funding.  In response to the agency's threat, lawyers from the firm met with the non-profit organization's board and president to discuss a potential lawsuit against a federal agency.

Later, however, the firm decided they did not want to get involved in the case because “the case might be too political” and withdrew from representation.

Ok, nothing wrong there, I suppose.  The firm has a right to decided whether it wants to represent a client.

But then, eight weeks later, the firm agreed to represent the Agency threatening to take away the nonprofit's money for the year.  And all this without ever asking for consent or even informing the (now) former client.

The general counsel for the non-profit organization is quoted in the story as saying "I was speechless." . . . "I had no idea that they would ever turn around and represent our actual adversary in a lawsuit, after an attorney in their practice had spoken to our board about our strategy and asked me for internal documents to help frame up the theory of our case."

Once the firm undertook the new representation, the lawyer and several staffers who had been representing the non-profit organization left the firm.  The firm continued to represent the agency and, according to the story, made well over $2 million dollars over the next five months.

Does this sound like a violation of the hot potato doctrine to you?

You can read the full story here.